In the royal palace complex in the city of Kandy in Sri Lanka sits a Buddhist Temple known as Sri Dalada Maligawa. It is known as the Temple of the Sacred Tooth Relic because it houses the relic of the tooth of Buddha. It is believed since ancient times that whoever holds the relic will likewise hold the governance of the country. The temple is one of the reasons why Kandy is categorized as a UNESCO World Heritage Site. 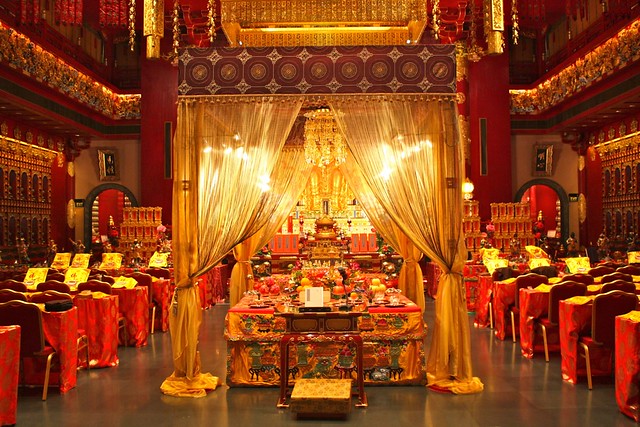 The tooth relic of Buddha was carefully preserved by each and every generation of monarch leaders. This was due to the fact that the relic was directly associated with the right to rule. Before it reached Sri Lanka, it was earlier preserved in Kalinga, India and was only smuggled into the country by Princess Hemamali and her husband.

According to accepted historical accounts, the preservation began right after Buddha’s parinirvana. The tooth relic was transferred to Dumbara when the Portuguese invaded Kandy. The existing temple at present was built by Vira Narendra Sinha.

Reviews on Temple of the Tooth

The Temple of the Tooth is a popular historical and religious site which enjoys consistent visits from travelers coming from all over the world. Many visitors agree that the temple environment provides the expected serenity which one hopes to get from a place like this. Some could not help but mention that there is a sense of oneness among worshipers and that everybody who goes there to offer and pray will feel very much a part of the place.

Being popular even among locals, there is a tendency for Sri Dalada Maligawa to be crowded especially at specific times of the day. This and the entrance fee which is obviously not cheap have somewhat dampened the enthusiasm of some. Still, the scale of grandeur remains amazing.

How to Go to the Temple of the Tooth

It is generally easy to reach Kandy which is located at the center of Sri Lanka. Getting to Kandy can be done by car, train, taxi, bus, hired vans, and air taxis. There are at least two ways to go around Kandy and this is either through the “tuk-tuk” or through old-fashioned walking.

Visitors should not get their hopes up that they will see the actual relic since it is contained in a casket displayed to the public twice a day. The best time for viewing the casket is about 6:30 PM. The Temple of the Tooth is  a must-see destination in Sri Lanka.