Sri Lanka was a British Crown colony between 1815 and 1948 so that should explain the presence of British-inspired structures even up to this time. While Sri Lankan architecture is largely influenced by Buddhism, the British presence certainly left its mark through some remaining structures. These architectural structures produce an interesting study of mixed influences.

The cost of construction was placed at Rs 450,000. It was opened by Governor Sir Herbert Stanley in 1930. Today, it is home to the Presidential Secretariat. This is also the place where the President accepts the Letter of Credence of incoming ambassadors as well as high commissioners.

The National Museum of Colombo is the largest museum in Sri Lanka. It is one of only two museums in the country and holds the most important collections significant to the country. It was originally called the Colombo Museum and was founded in 1877  by the British Governor of Ceylon during that time, Sir William Henry Gregory.

The museum holds at least five private collections. The artifacts have been carefully arranged in nine galleries. Each gallery represents special periods related to the evolution and history of the country. 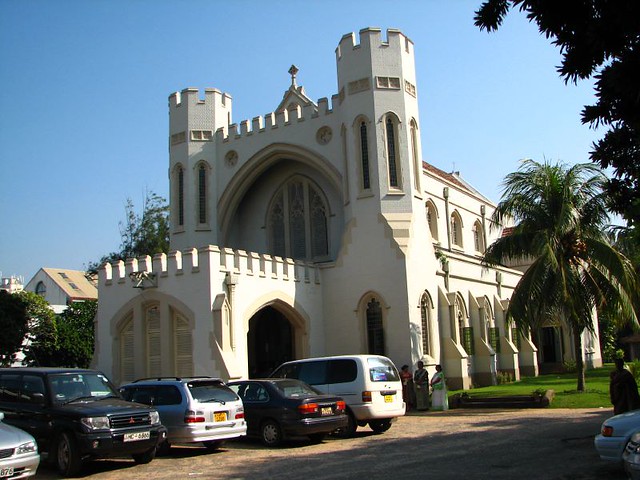 Known as St. Andrew’s Scots Kirk or St. Andrew’s Presbyterian Church, this structure was originally the center for Scots element in Colombo. It was founded in the 19th century and went on to prosper during the colonial and post-colonial periods. It eventually became a Christian place of worship when the original congregation dwindled in number. The label Presbyterian stuck through.

The church is located in the very heart of the country’s commercial district. In spite of its high-traffic location, it continues to be an oasis for worshipers seeking peace. It is interesting to note that the structure used to be a a Governor’s Banquet Hall.

These structures as well as the other remaining traces of British colonial architecture serve as an undeniable connection that will always associate Sri Lanka with the British, even with the passing of time.