Sri Lanka enjoys a strong bilateral relationship with Japan. The two nations established diplomatic relations in 1952 and after more than 60 years now, their ties particularly in the areas of trade and technical cooperation remain steady.

Sri Lanka is unaffected by the tensions in the region due to Nanking massacre disputes involving Japan. The country continues to welcome tourists from all over the world including the Japanese eager to explore the beautiful attractions. 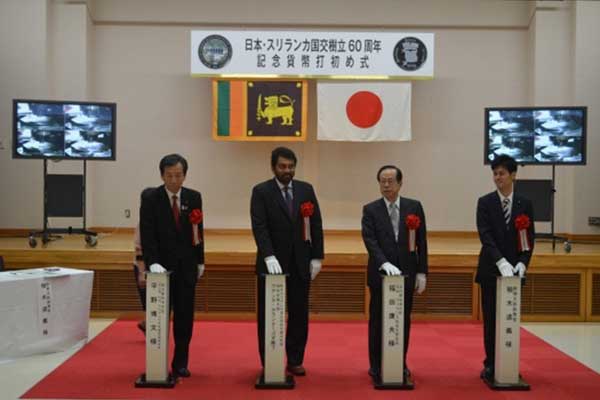 The diplomatic relations between the two countries began Japanese traders first visited Sri Lanka many centuries in the past. It was about four years after Sri Lanka gained its independence from the United Kingdom. Their ties were officially formalized in 1954 and initially focused on technical cooperation.

Japan has been a major player in Sri Lanka’s development projects and is considered one of its major bilateral donors. JICA or Japan International Cooperation Agency is the implementing body that oversees development assistance to partner countries.

In Sri Lanka, the agency is focusing on four priority areas. These are helping to accelerate economic growth, regional development including poverty alleviation, improving the living conditions of people in the North and East affected by conflicts as well as disaster management and climate change.

Projects include agricultural and rural development and governance. Other projects are on health promotion, water development, transportation and natural resources and energy.

A survey done by BBC World Service showed that half of Sri Lankans consider Japan’s influence in their country as positive.

Currently, Sri Lanka exports some of its products to Japan. These are tea (a major product), fish, rubber, textiles and precious stones.

Despite the conflicts it faces, Japanese tourists continue with their travels. In fact, medical tourists from Japan are attracted to Sri Lanka’s ayurveda tourism.

Since 2009, the number of travelers from Japan have doubled and in 2013, more than 31,500 Japanese tourists arrived in Sri Lanka. Japan ranked 11th in arrivals to Sri Lanka following the U.S.

Sri Lanka’s healthcare particularly its traditional ayurveda treatment has been attracting travelers from the high-end market all over the world. This treatment was handed down from various generations for an estimated 3,000 years. It is a combination of the Ayurveda and Siddha systems of India, the Unani medicine of Greece, Sinhala traditional medicine and the Desheeya Chikitsa indigenous medicine of Sri Lanka.