When a place is called an 8th Wonder of the World, it is a place that is comparable to the Seven Wonders of the World. However, due to the big number of exceptional places found all over the world, not all can be accommodated in this prestigious list. Thus the coining of the reference 8th Wonder of the World. One of these so-called 8th Wonder can be found in Sri Lanka. Also known as Lion Rock, Sigiriya is the most visited historic site in the country. 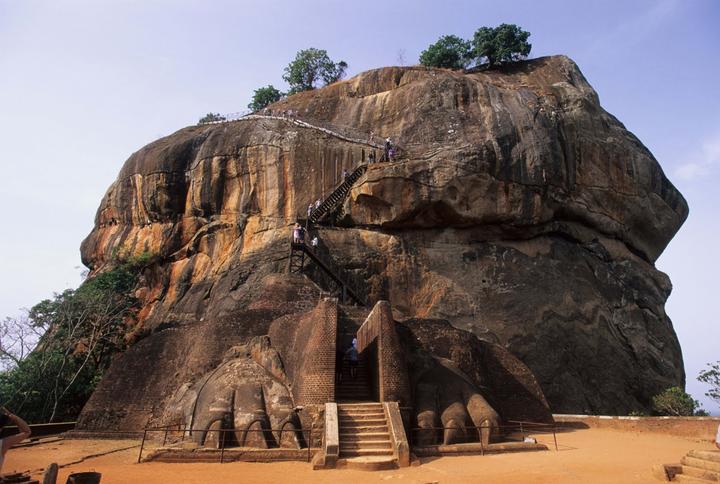 Even its non-inclusion in the New Seven Wonders of the World List will not lessen the magnificence of Sigiriya. In fact, it  is one of Sri Lanka’s recognized UNESCO World Heritage Site. It is said to be the best preserved example of ancient urban planning.

From its standpoint on a small plateau, the enormous lion structure imposes on its surroundings. It was originally a royal palace built for King Kasyapa which became a Buddhist Monastery after the king’s death at least until the 14th century. The face of the structure appears to be a giant picture gallery courtesy of frescoes depicting beautiful female figures which are believed to be of the Anuradhapura period. Other frescoes can be seen on different parts of the rock surfaces. The mirror wall made of porcelain which used to be very well polished as to enable the king to see his reflection is now covered with scribbled verses. Any further scribbling by visitors has been prohibited to preserve the wall.

Ancient Urban Planning at its Best

Sigiriya does not only pertain to the Lion Structure itself but includes its surrounding gardens. It is one of the oldest landscaping development in the world. There are the water gardens, the boulder gardens, and the terraced gardens.

The gardens are very much a part of the attraction of Sigiriya. Together, they present unequaled symmetry with its intricate layout, serpentine streams, artificial lakes, small pools and watercourses, winding pathways, and a series of terraces leading to the staircases in the stone structure. The site was originally designed to have a park for royals and a man-made reservoir.

The Lion Rock is a testament to ancient ingenuity and imagination when it comes to building and designing. For travelers thinking of going to Sri Lanka, this place is a must-see. Not only does it provide history, it also gives a wonderful glimpse of ancient creativity.